Why I Originally Published My Hot Rockers

One of my Facebook Pretties asked me what my motivation and inspiration was for writing With Wings. In 2009, I was sitting in China devoid of uncensored news except for Internet snippets and The Daily Show. There was a story about Adam Lambert kissing his male keyboard player. It resulted in Adam Lambert losing some booking spots on talk shows and the like.

The hardcore feminist in me was incensed. This was sexist! Madonna and Brittany made out onstage in 2003. No outrage there, only a short duration bump in their fame. It was just wrong to have a double standard and it smacked with homophobia.

I made a study as Adam Lambert’s Glam Nation tour as it played across the USA. He sings one song Fever and at the beginning of the song he either kissed the bass player or didn’t. You could literally map how accepting the state based on the action onstage. It was a barometer for homophobia. I followed the band through Europe and Asia via youku.com (Asia’s answer to YOUTUBE).

When the band got to Malaysia, I was horrified by the protests. People were out in the streets condemning Adam Lambert for promoting homosexuality. I realize Malaysia is a very religious country; its laws are in keeping with Sharia law. This means homosexuality is punishable by canings, imprisonment and fines. Public kissing is strictly forbidden.

But I raged for days at the unfairness. I kept staring at a document on my laptop inspired by the ‘what ifs’. What if a singer was attracted to one of his band mate’s? What if one of them had been ‘straight’ up until that point? The ‘what if’s chased around my brain until: What if I could share the idea that EVERYONE deserved a happily ever after. What if it helped one person accept same sex relationships? What if I shared the half-written story on my computer?

I finished With Wings and it was published. However, after writing a few books, regaining my English (living overseas stole my words) and being mentored by some wonderful writers, I felt compelled to return to these characters. I spent the last year re-writing the entire series. My labor of love added about 30,000 words, Angel’s point of view and new scenes to With Wings. I hope you enjoy it. 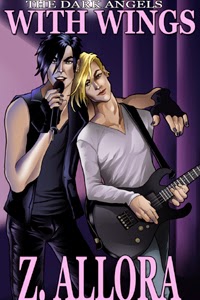 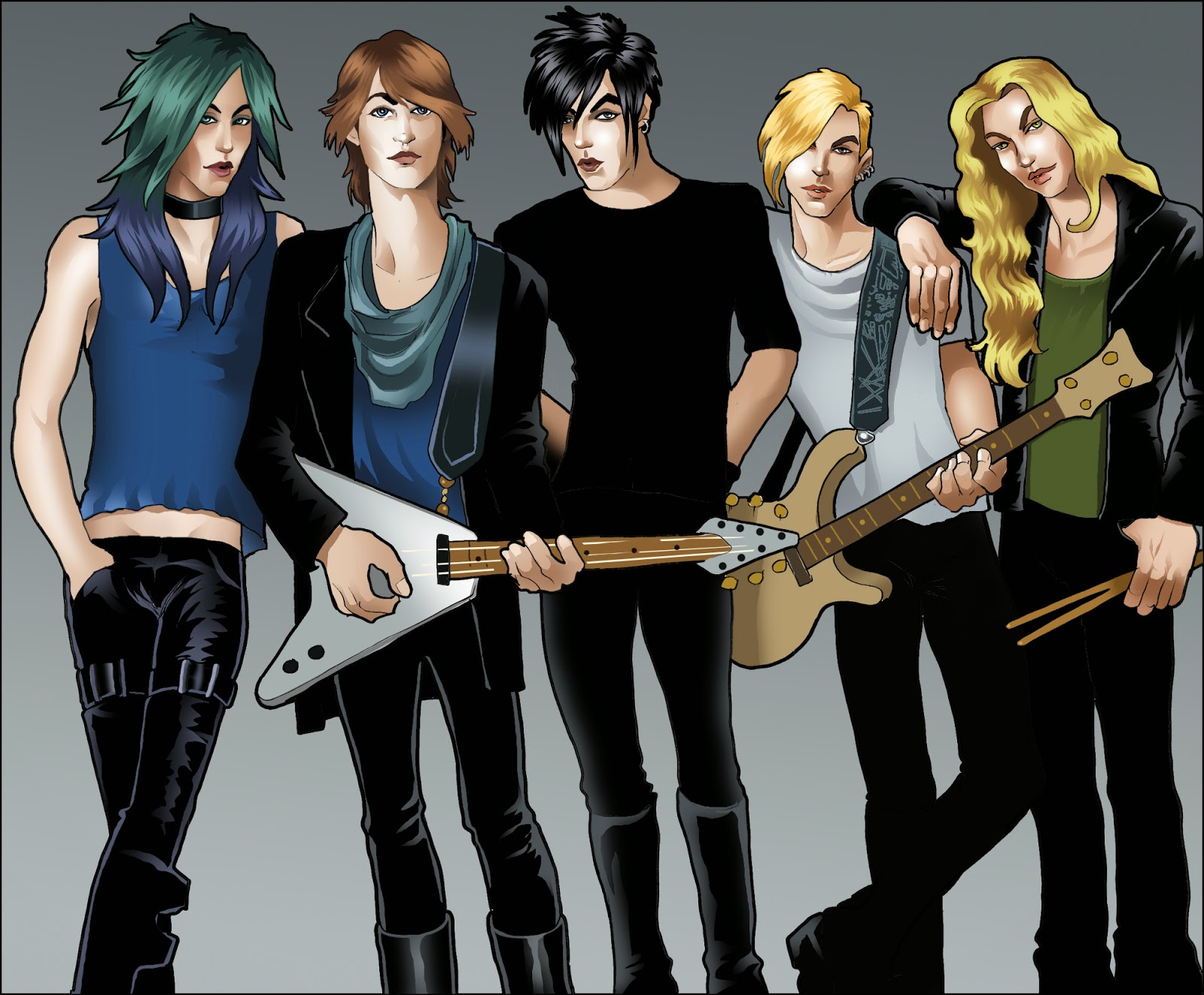 Here's the new picture reflective of the new covers. PL Nunn did a beautiful job!!! I'm THRILLED by them!!!!

The Dark Angels: With Wings